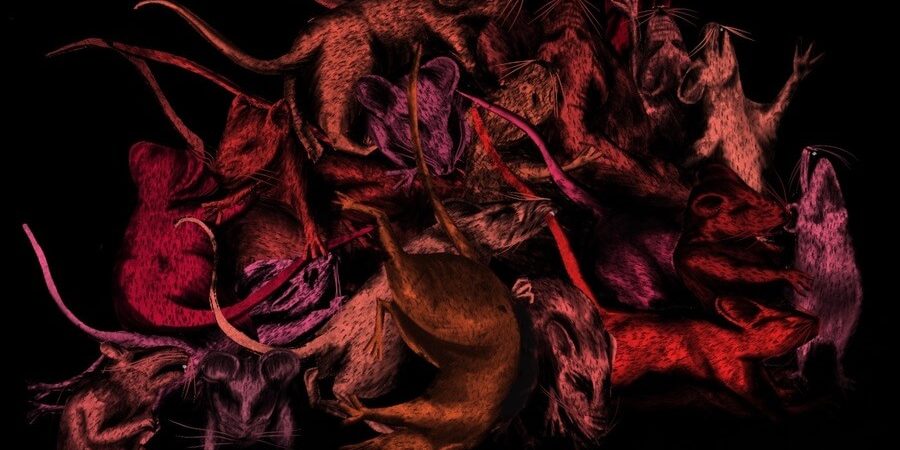 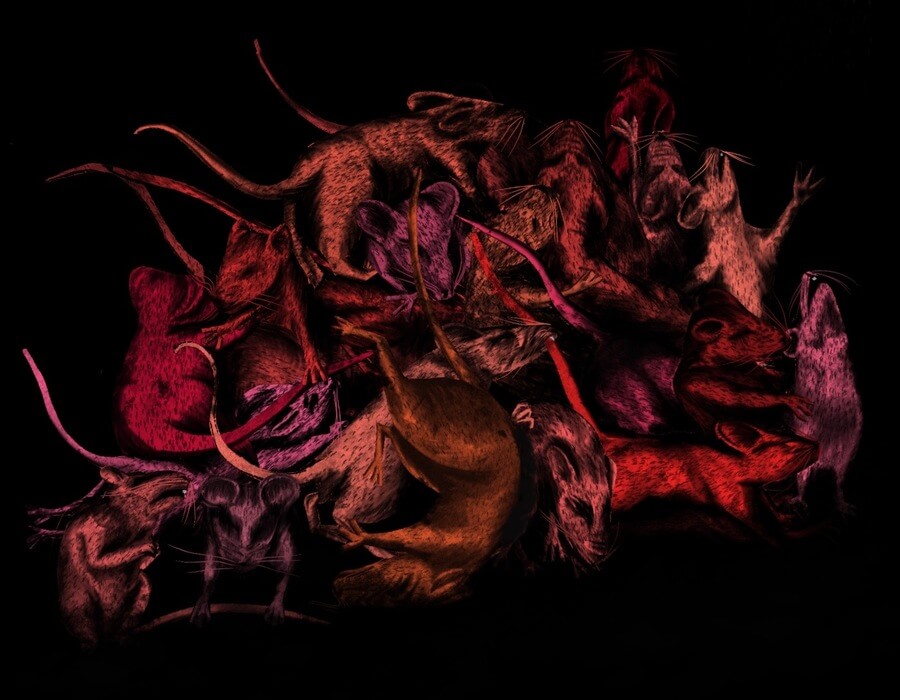 The situation has proven itself to be the iceberg for the Titanic, not only has it stopped the unstoppable but has also proved that we did not have enough boats this time either.
Hate to say, but history is a cycle and we repeat it everytime. We are all sinking, water is rising around us and we still believe we are going to keep calm because we had all this time to do yoga. We are growing nervous as the days pass because we are at a peak of uncertainty, we cannot go but neither can stay where we are.
By the time the cage will open we will be so desperate for some air we will not realise we are biting and stomping on everyone around us. Just like rats we retreated to the last point of the iceberg, feeling grateful we are up and whatever is down there has not arrived. The moment I portray in “The Red Rats” is the one where we realize we blocked the doorway because we all tried to go out at the same time. We tend to keep pushing even though we all know is not the best thing to do. For it is one thing I do not miss, being rushed to fit the same standards at the same time, let’s try not to be these rats, let’s keep the time we are given.

We were struck by Fabiana’s writhing ‘Red Rats’, not only by the extremely beautiful surface and movement she created but by the urgency of its message for change and ‘escape’ not only of the virus, but from life in the current system. While this work did not portray visions of a better normal, we chose it as a key visual to promote this collection because of its powerful capture of the layers of collective existential anxiety of the ‘now’, as a gateway to visions of a better normal that can be found within this exhibition.

Fabiana’s last sentence is a key to better futures – being rushed to fit the same standards, the meaningless of work when alienated not only from the means of production but from purposeful work, the rise of ‘bull shit jobs’ and jobs that fuel the unsustainable consumption that is destroying the planet. Oppressive regimes and communism often sought to ‘standardise’ human identity – but doesn’t late capitalism veer more and more towards the same thing but in more invisible ways?

What if we had a 21 hour working week, or if employers were obliged to grant people one day a week of leisure time to volunteer or work towards their own sustainable transitions, growing local organic food or being part of renewable energy cooperatives in their neighbourhoods? How would you redefine ‘progress’ so we could all stop feeling like these rats?