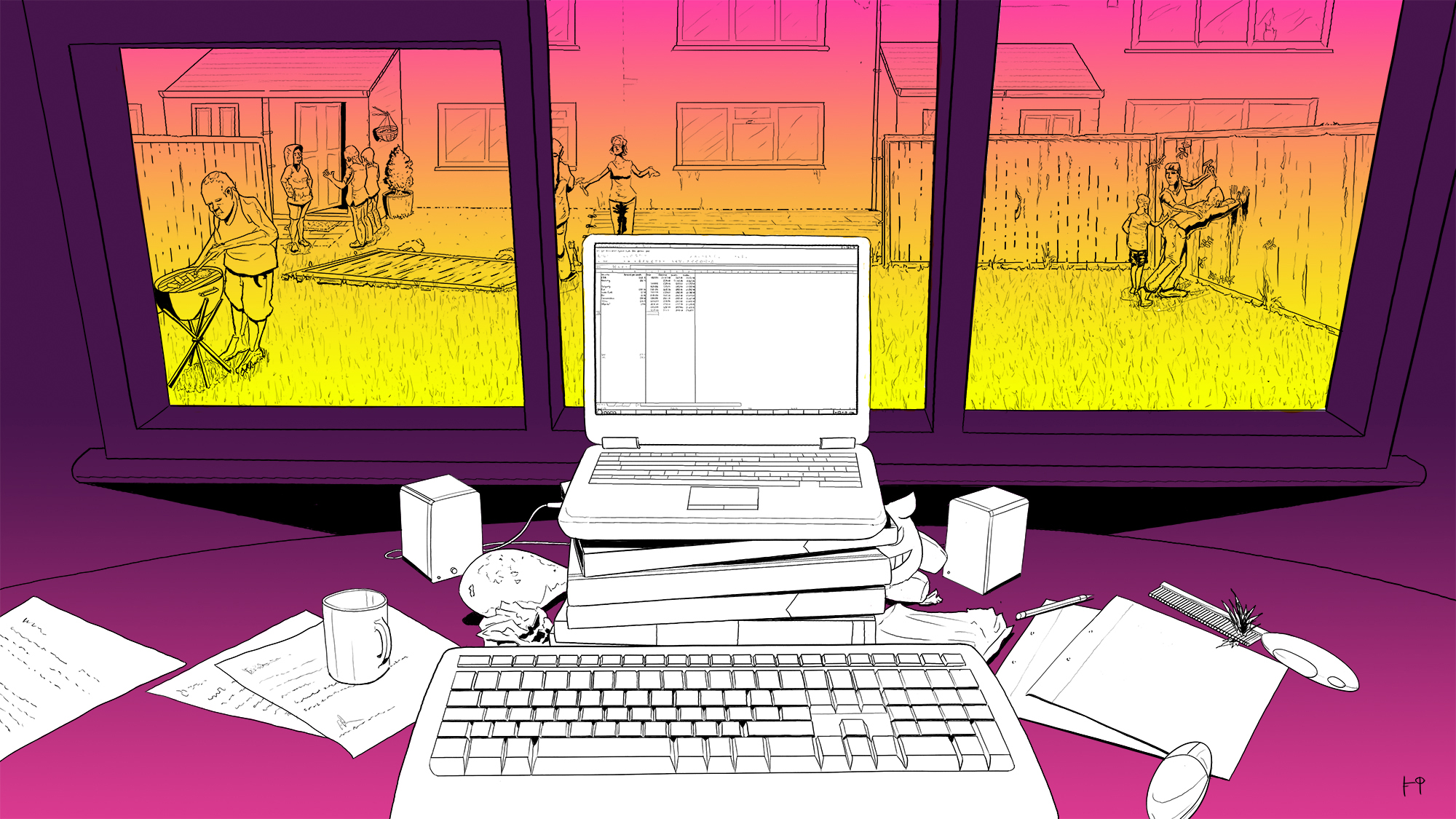 Our world has been knocked out of the rut it was in. It’s too early to tell if that’s going to end up being a positive thing or not, but what’s clear is that this is a window for real change.

Of course, global liberalism has attempted to carry on as if nothing has changed – expecting people to adapt rather than the systems that govern us. The corporate world has invaded our home space like never before, casually demanding we turn over chunks of our precious living space to create makeshift offices. Worse, we are expected to be grateful for this, to welcome it, because the threat of recession is held over our heads like a petulant god, demanding our sacrifices and constant attention. It’s hard to think of a better metaphor for the invasiveness of the system, and our own willingness to collude in our imprisonment, than that of a jury-rigged workstation in our own home.

Meanwhile our government is privatising chunks of the NHS while calling health workers heroes, sending people back to work far before it’s safe to do so under cover of flag-waving military rhetoric. Their vision of the future is one where we work constantly and pay for everything.

But there’s cause to be hopeful as well – the grassroots mutual aid groups that have sprung up show a genuine human compassion that’s been absent from conversation, the basic humanity of looking out for the people around you. It’s the opposite of the ‘screw you, got mine’ mentality shown by our leaders, and I believe it has far more power. It’s a simple step, but getting to know the people living around us, sharing our resources, brings us closer together and starts to undo the alienation caused by modern life.

I’ve often looked out my window at our gardens and thought how small they look, how divided. So my concept of a next stage is simple – what if we got together and tore down our fences? What if we started to rebuild the concept of the common ground, of working with the people around us to create something for everyone?

So, my view of this window is ambivalent; if we let them, the old ways will take the chance to entrench themselves even more fully, to reduce our lives to work, numbers, and money. But we can also take this opportunity to push the other way, to reject ‘profit’ as our ultimate objective and choose something more human.